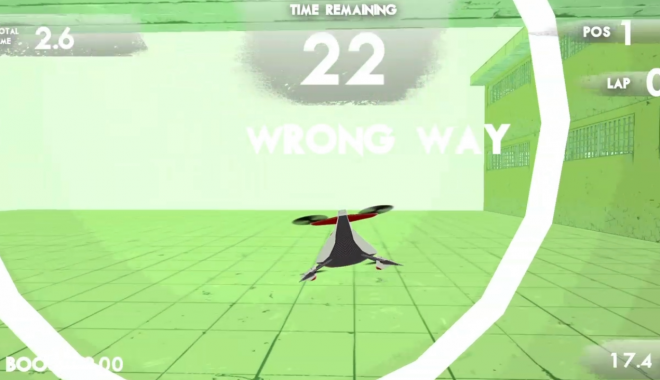 I haven’t blogged about my latest work on Xtreme Drone Racing in a while, so here goes. I have been working very hard on the VFX lately.

In this item we have glowing checkpoints, which change colour as you go through them, making it obvious which checkpoints (and which direction)  to go through. The  first idea I had was to use bloom: a post-processing visual effect that combines a Guassian blur and additive blending to produce a glow effect. The problem is that only light colours glow, and bloom is a full screen effect (hence we need to be very careful with other textures, for example the drone is also glowing as it is white!). After consultation with the artists we decided to go with my second idea: having a ‘glow board’, a semi-transparent plane with a texture on it that through additive blending would produce a glow effect. I translate one board throughout the scene and orient it with the checkpoints. Although the ‘glow board’ is a rough placeholder it works quite well and gives us more control over the rest of the art assets.

The colour change is done through a shader parameter manager singleton that I wrote to provide easy access to shader parameters and material switching between objects. Below is a video of the ‘glow board’ effect.